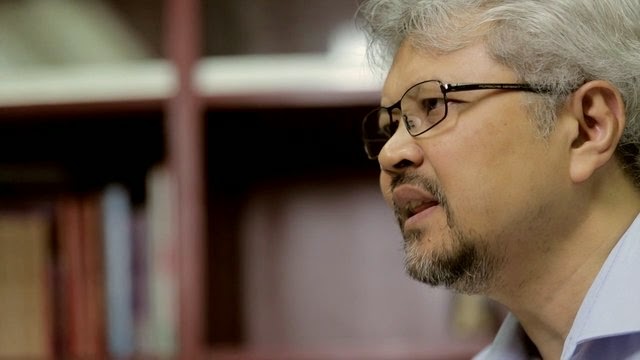 Should Muslims be anti-vaccination?

Before we decide as Muslims whether we should be anti-vaccination or not, it is imperative that we educate ourselves with a number of concepts, e.g., the human immune system, infectious disease control, herd immunity, evidence-based medicine, and vaccination or immunisation itself.

Let’s kick-start our discussion by understanding how Allah has equipped our bodies with a sophisticated defence system. We constantly face threats to our health from microscopic enemies: viruses, bacteria, and fungi. Our enemies might come from the air we inhale, the food or water we take, or the skin of others we touch. And for this non-stop encounter with the potentially harmful microorganisms, Allah has geared us up with the immune system. Our immune system is like a well-trained, complex army. It is built of many components with very specific tasks and capabilities.

First, we have the front-liners, which consist of the macrophages (a type of white cells that engulf the bacteria), the normal flora (the domestic microbes settled in various parts of our body), and bodily secretions. When an enemy attempts to invade our body through the inhaled air, there are phagocytes residing in the lungs ready to ‘eat’ the invading enemy. The residing microbes will fight against the invading microbes for the sake of their survival. Our stomach and small intestines secrete extremely-high pH acid and digestive enzymes, respectively, that will neutralise the trespassing microbes through the gastrointestinal tract.

The macrophages do not only function as the front-liners fighting the enemies hand-to-hand, they also serve an important intelligence function; they hold onto a portion of the enemy for the purpose of identification. This information is then passed to the messenger T-cells, another intelligence unit of our immune system. The macrophages will also secrete pyrogens, substances that will stimulate the brain’s fever centre. We will then experience fever and feel the need to rest. This way, our energy is conserved for the nearing ‘war’.

The information carried by the messenger T-cells is highly valuable in the process of charging up the immune system’s defensive and offensive assets. With this information, the B-cells and T-cytotoxic cells (yet other types of white cells) are summoned. From the information received, B-cells will produce ‘missiles’ (antibodies) that are specific to the enemy. Some viruses can penetrate the cells of our body to hide themselves from being hit by the antibodies. The T-cytotoxic cells will search for cells in the body in which the viruses are hiding and then neutralise those cells.

Different types of white blood cells. Monocytes will become macrophages as they engulf the microbes

Once victory is achieved, another class of immune cells, the T-suppressor cells, comes in to command the offensive units (the B-cells and T-cytotoxic cells) to cease fire. The war is now over, but not forgotten. All information with regard to the enemy and the battles that took place is kept by the memory T-cells. If the same enemy ever comes again and tries to penetrate, our defence system will be prepared in no time to counter, before the enemy can do much damage.

Muhammad ibn Zakariyya ar-Razi, known as Rhazes in the Western world, was one of the greatest Muslim physicians in the history of mankind. He was the first physician to describe allergy and the immune system. The first distinction between smallpox (cacar) and measles (campak) also dates back to him.

“His (Rhazes’s) writings on smallpox and measles show originality and accuracy.” – The Bulletin of WHO, May 1970

He also introduced controlled experiments and clinical observation in medicine refuting many Galenic medical theories (from the Greek physician Galen) that were not verified by experiments. 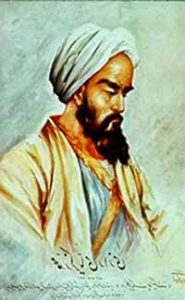 Inoculation–placing substances that will grow in our body for a specific reason, e.g., to boost immunity–was widely practiced during the period of Muslim civilisation. About 10 centuries later, this method was introduced in Europe by travellers from Istanbul and was later used by Edward Jenner to produce vaccines for smallpox.

How does a vaccine work?

A complete and accurate understanding of our immune system and systematic and safe methods of inoculation are the keys to developing the vaccines that we have today. Vaccination has two modes of action: active and passive. The vaccines that our government provides for all Malaysian children work in the active mode.

What does active vaccination mean?

In active vaccination, human hosts are introduced to an infection in order to teach the immune system to adapt and create a defence mechanism that will give us long-lasting (possibly lifelong) immunity to that particular infection. How much infection do we need to introduce to a host? Based on extensive research and experiments, only extremely minimal amounts of exposure are needed to induce immunity while keeping the risk of adverse effects to a minimum. Let’s take the vaccine for measles as an example. Measles can cause pneumonia (radang paru-paru), encephalitis (radang otak), and death, whereas the measles vaccine has the risk to cause encephalitis and severe allergic reaction. The chances of getting encephalitis from ‘natural’ measles infection are 1 in 1000, but the risk of encephalitis from measles vaccine is 1 in 1,000,000 (1000 times less than that of the ‘natural’ infection). The kind of immunity that we will develop is basically the same from both ‘natural’ measles infection and the measles vaccine.

Who’s trying to screw us over?

So, who taught the world the need for controlled and systematic experimentation in practicing medicine? Those great Muslims doctors and scientists did.

And who taught us to believe in testimonials when choosing a medical product? Definitely not those great Muslim doctors and scientists.

In the next piece, we will share with you about evidence-based medicine and how important it is for Muslims, both healthcare professionals and the public alike, to adhere to its principles.

1) Harun Yahya, The Miracle in the Defence System

3) CDC – Risk from Disease vs. Risk from Vaccines